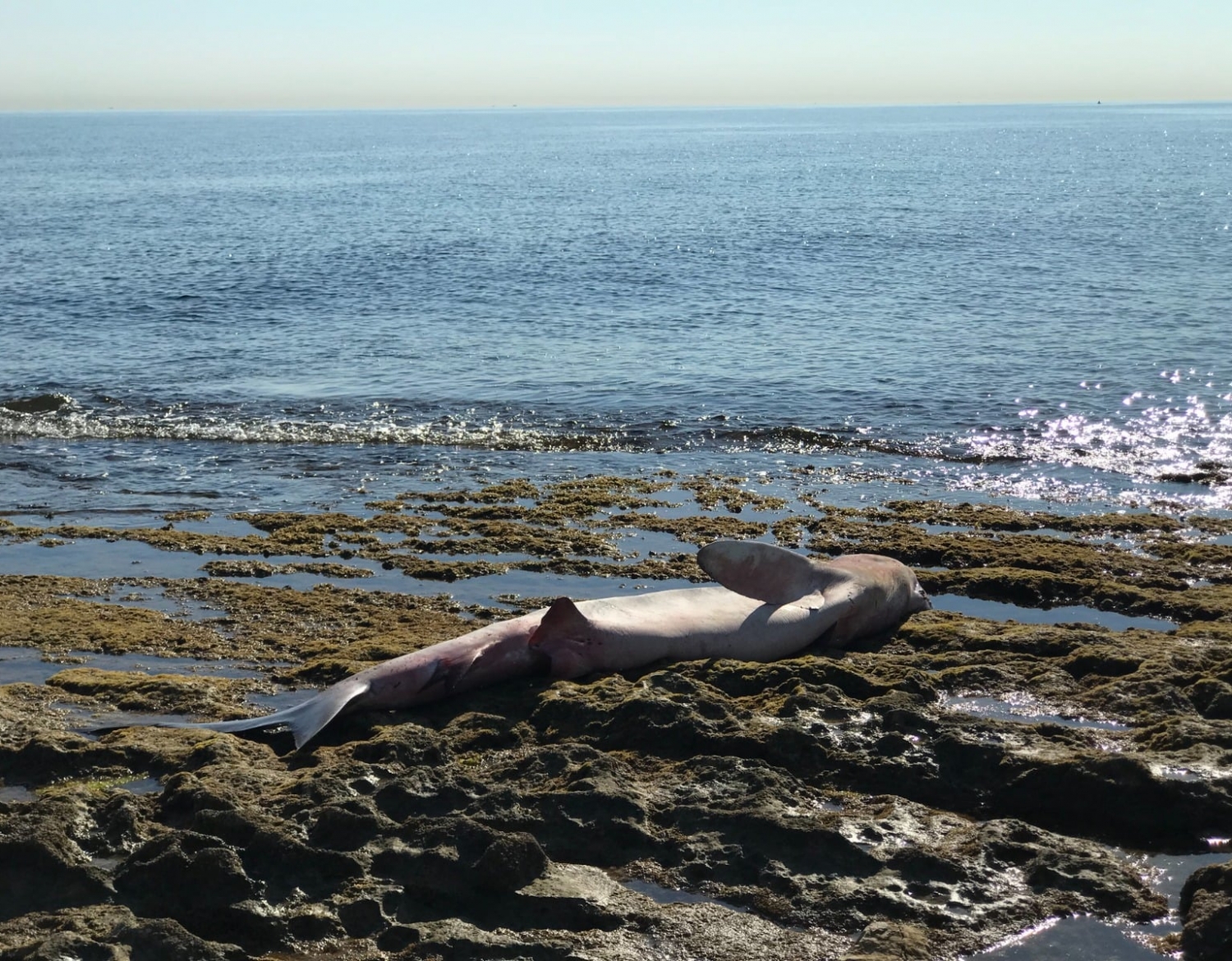 Blue shark with a total length of 3 m was entrusted to our Laboratory.

Following local warnings, a record specimen of Blue shark (Prionace glauca, L. 1758) with a total length of 3 m and a body weight of about 100 kg was entrusted to our Laboratory. The performed analysis revealed the specimen was an adult female in an early stage of pregnancy.

Further analyses will allow us to investigate other aspects of this species still little known in the Mediterranean such as the age, feeding and its complex reproductive traits. The Blue shark is one of the pelagic sharks most affected by accidental catches as probably happened to this pregnant female, found beached near the San Giorgio coast (Bari) with evident unhooking wounds.

Coispa Tecnologia & Ricerca has long been involved in the SafeSharks project that WWF Italy launched in the Southern Adriatic Sea precisely for safeguarding the Blue shark. Filling the serious lacking information on shark biology is a key element in the future perspective of improving conservation strategies for these vulnerable species. Therefore, we sincerely thank the citizens for their timely warnings and the Coast Guard and the Local Health (ASL) veterinarians of the city of Bari for the cordial entrusting of the specimen for supporting this project.